Vanna, or the loves for studies

Meeting with a special young woman, both gentle and determined, making the link between the two programs of Enfants du Mékong.

Discovery of a fearless young woman

Originally from a small village between Battambang and Sisophon, Vanna lived the first part of her life with her parents and her four sisters. This modest family is aware of the importance of studying, so when she was 18, Vanna went to study in Phnom Penh, more than 300 kilometers from her home.

Vanna took English lessons for two years at the Enfants du Mékong's Center in Phnom Penh.What does she remember from this time? She had the opportunity to fully develop her skills, in a privileged environment that meeting her needs. But also ... volleyball games with friends at the end of class!

At the end of her studies, one of her friends told her about Soieries du Mékong and introduced her to the weavers. Then, Vanna read an advertisement for a job as an accountant at Soieries du Mékong, and that's how she continued the adventure within the big family of Enfants du Mékong.

Concurrently with her classes at Enfants du Mékong's Center, Vanna followed a secretarial training at Don Bosco School in Phnom Penh.However, it was not always easy to live in community, Vanna dreamed of independence and autonomy, that is why she decided to continue her studies and to obtain her BAC + 5 ...After working in a company that selling cleaning products and saving enough money, Vanna started to study accounting at the Vanda Accounting Institute based in Phnom Penh.Her dream? To build and to manage a school for children, in order to provide education to the most disadvantaged ones. This school would also be a way to give back what she received, to offer everyone the opportunity to have access to knowledge and to have a better future. 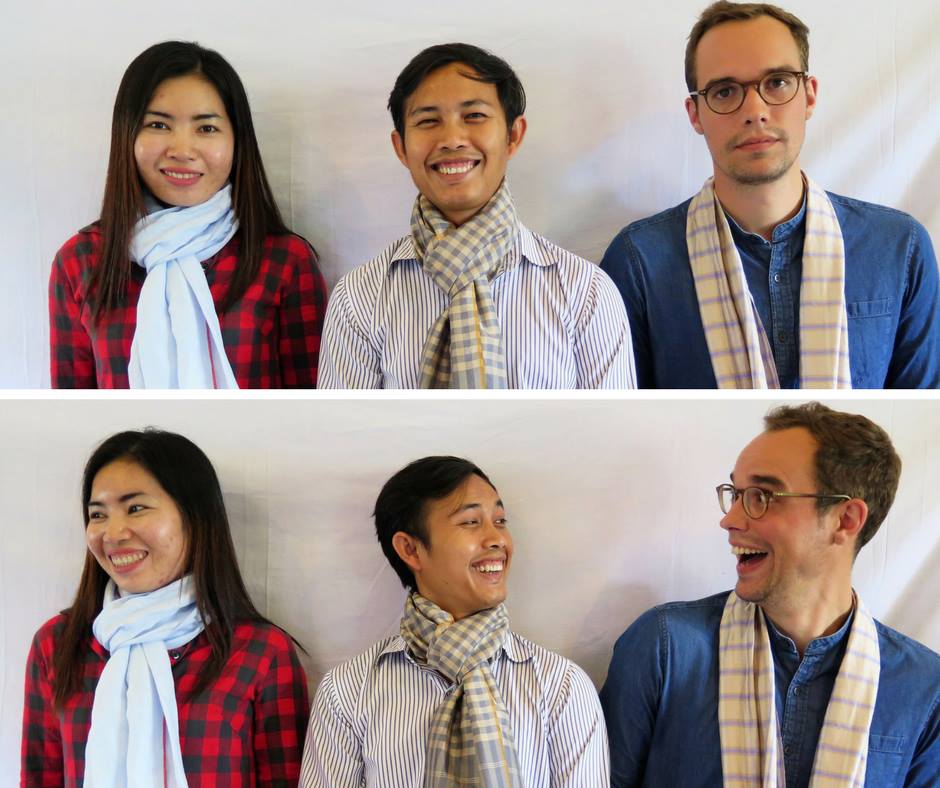 Here: Vanna, Samrach and Paul, responsibles for the management of the production site based in Banteay Chhmar.

Her job at Soieries du Mékong: on the way to independence

Today, Vanna is the accountant of Soieries du Mékong. She is responsible for meeting the material expectations of the weavers and of the team preparing the looms. What she particularly appreciates is being the link between all, ensuring that everyone has the resources to carry out their missions.This job allowed Vanna to learn to live alone and to create links with the community of Banteay Chhmar: the inhabitants, the weavers and especially the children, whom she loves, and with whom she enjoys to share activities during the weekend. Today, Vanna blossoms in her work, and she is the perfect example of the strong link and the connivance that exists between Soieries and Enfants du Mékong.

A last word?"I would like to say thank you to Soieries du Mékong. This project allowed me to gain experience, to speak English and especially it provides work to the inhabitants of the village and in particular to women, which is very important and meaningful for me.” Vanna Sok

There is no related article